We are heading into the new year of 2013, regretting not to have the world ended all together in 2012. Thus I am put together my favorite 15 haikyo in Japan, to remind us that the world is never too far from its final end.

We are heading into the new year of 2013, regretting not to have the world ended all together in 2012. Thus I am put together my favorite 15 Haikyo (ruins) in Japan, to remind us that the world is never too far from its final end. And for each of them I chose a HDR photo. Anyone who wants to claim their money back already please feel free. But why not give post-processed photos a chance? After all, those abandoned places can never look more dramatic than what they really are.

The first haikyo I picked was the long lost bunkers on a beach. The weather was complementary, with a raging sea and dark sky. You would actually wonder whether this is where it all ends. But far from it, the beach was actually found in our travel paradise Hokkaido. Known for its delicious food, boundlessly beautiful lavender fields, snow and onsen, it is hard to believe such a scenery actually exists.

14. The School of The Neko Brain

This picture was taken when I found myself more or less bored in an old Japanese school, nothing around was worth shooting. Luckily, my Japanese comrade pointed out this room full of (parts of) animals soaked in formaldehyde! Don't you find this cat's nerve system amazing with a touch of the setting sun?

It was beautiful, nice, there were flowers everywhere. The visit was quiet, relaxing and 'original'. It was definitely not a place that worth more than 1 visit, but we managed to make some good memories out of it. After all, it was my first haikyo in Hokkaido.

We loved it and dug out all its secrets; then we hated it, too haunted by its stories. But a year and a half later, I ventured another visit: the half collapsed house was in worse status than before, scoundrels have plundered every single room. It was a horrible visit, but the emotions remained all the same.

A sad looking nursery school, abandoned for almost 20 years, a garden full of stinky grass, nothing worthy of exploration…But finally, we're in the middle of the owner's dining room, where everything still in its original place, even the tea cup is filled with tea! Is the owner really gone?

This hotel was built in 1970 but never completed. It is now a giant concrete skeleton that sits on the side of a small mountain in Okinawa, together with a even more famous castle ruin, this is a truly a paradise for tourists.

9. Hospital of the Little Brain

Debuted in early 2012, it quickly became a haikyo celebrity, quite against the wish of the Japanese explorer who discovered it first. The doctor's room and the operating room have the atmosphere interesting enough to achieve its high ranking on Haikyo. As a bonus, there is even a small brain for your key chain!

I returned to this haikyo again nearly two years after my first visit, but I was surprised by its poor condition, and the darkness it possessed. But it is always going to be one of my favorite abandoned clinics.

A short hike in the rain took us into the mountain. On a slope of what looks like a forest firewall, there was the old abandoned Dodge, with a tree grown out of it. A fantastic set-up.

I visited this haikyo twice. I would have visited it even more if it was not taken down at the end of 2012. It was a decision of its owner, probably for safety reasons (which is understandable). Would you agree it being one of the best abandoned mines in Japan?

This hotel was not pleasantly abandoned, thus I did not take any photos of its rooms. But the restaurant alone was worth the whole trip already!

The abandoned amusement park requires no more introduction with its special atmosphere and the two gigantic roller coasters.  To make the visit even more interesting, the park security has been increased and more than two dozens of people were arrested during the last 6 months. I went there 3 times, one day for HDR, and the other two nights were spent at climbing the roller coasters. If one is determined to find some fault about this park, it could only be its lacking of a Ferris Wheel. But seriously, do you really dare saying that to this goddess of Haikyo?

Exploring the abandoned military base in Fuchu is dangerous but exciting. There are not many spots in Japan that can be count as urbex, and Fuchu is definitely one of them.

Negishi! This name used to give me goosebumps … until that certain evening, when I arrived home, bleeding, clothes torn apart, but finally relieved. It was an unforgettable urbex victory! But it was too dangerous, too risky. I have exceeded my limit and almost ended my happy Japanese life. I will not go further than Negishi, this is for sure the most difficult haikyo.

Hard to make a list of the best haikyo, without mentioning the abandoned island of Gunkanjima. And it is difficult to rank other haikyo after that because the level is so different! I spent four amazing moments on this island: a first whirlwind tour almost lost on this island, the second one under a beautiful blue sky, and then under a starry night, the last one was in the pouring rain. These are my best memories of 2012.

This is the end of the haikyo ranking from 2012! Surprises? Favorites? Remarks? Questions about haikyo in general? Fire away! 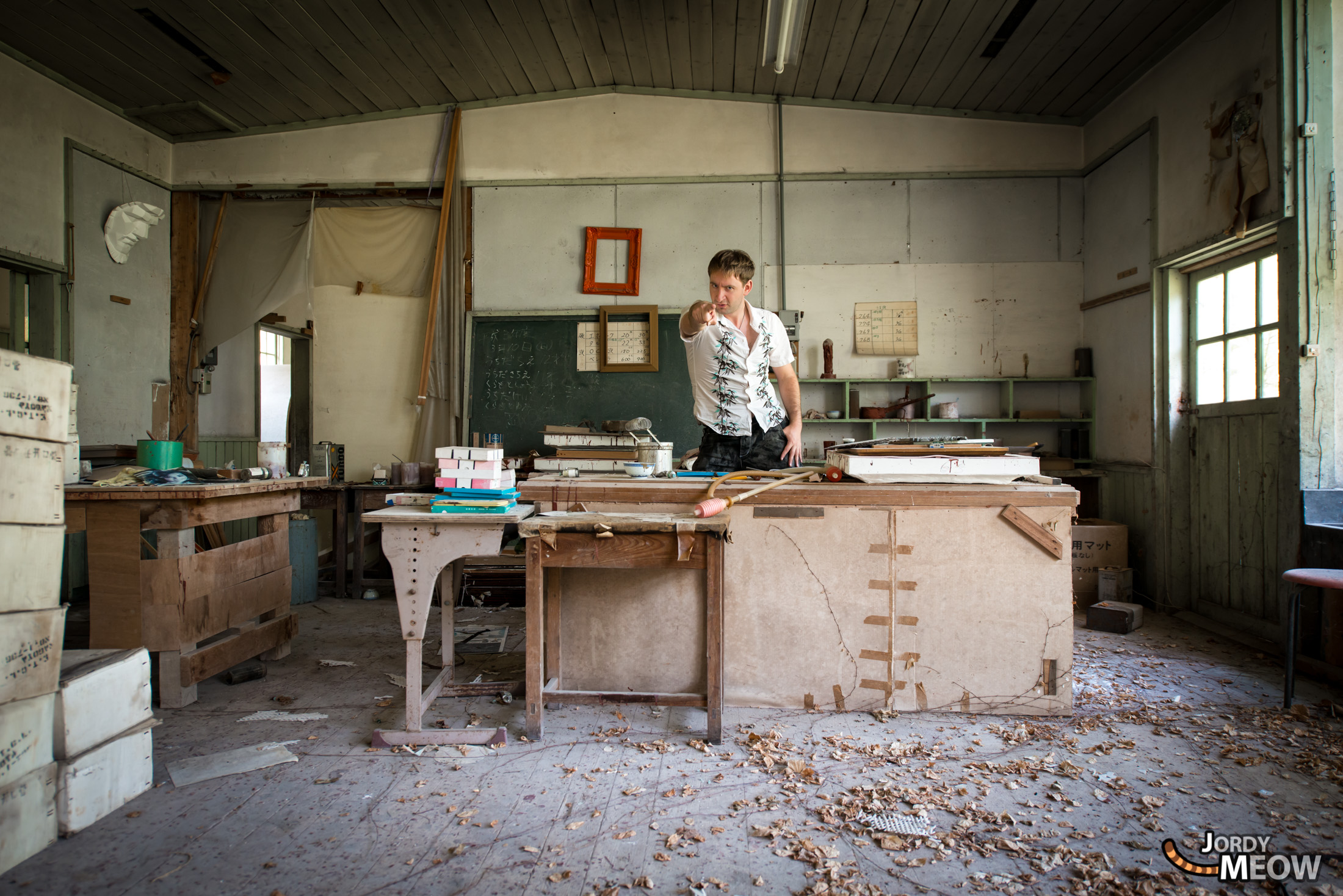 One more year has passed. I did my adventures in abandoned places in Japan with new friends, in a different style. Here are my best 16 explorations of abandoned places in Japan in 2014.